Phone by Will Self          $38
What is the relationship between human psychopathology and technological progress? Self continues to extend the capacities of the modernist novel in an attempt to make language more resemble thought.
"A triumph of joined-up thinking, Phone is the final instalment [following but independent of Umbrella  and Shark] in what has shown itself to be one of the most ambitious and important literary projects of the 21st century. It will be a challenge to those whose minds have been eroded by the permanent present of the smartphone. But I can’t think of a better way to spend your time. " - Guardian
>> Have we lost the need to communicate?

Flights by Olga Tokarczuk       $40
To move is to exist. To be unsettled is to push always at the edges of being settled, to strive to burst into new zones of existence. Tokarczuk has written a collection of short and long texts, all concerning movement and travel, change and stasis, and the effect of these upon identity. Beautifully written, the book is bristling with ideas and memorable images.

Black Moses by Alain Mabanckou           $33
For the People’s Republic of the Congo, the Marxist-Leninist revolution of 1970 heralded a new age. Fleeing the relative safety of the orphanage, the only home he’s ever known, Moses makes a life for himself among the villainous “Merry Men” in Pointe-Noire and the friendly Zairean prostitutes of the Trois-Cents quarter. It is far from a peaceful existence, and pursuit by the authorities ultimately sends Moses over the edge into madness.
"Africa's Samuel Beckett. One of the continent's greatest living writers." - Guardian

Bleaker House: Chasing my novel to the end of the world by Nell Stevens      $38
A young writer achieves total solitude on Bleaker Island in the Falklands (official population: 2) and writes a book (this book) about how total solitude is not a good way to write a book. Sharp.

99 Stories of God by Joy Williams        $28
99 stories, most less than a page long, each written with such sharpness and lightness of touch that they draw blood unexpectedly and without pain.
"Radically compressed. New territory for Williams, with a brevity and a strict whimsy you might encounter in Lydia Davis's work. Easy to follow and hard to fathom; easy to enjoy and harder to absorb." - New Yorker
"A collection of tiny, wry masterpieces." - New York Times
>> "There’s something unwholesome and self-destructive about the entire writing process."

Aberrant by Marek Sindelka          $39
A heady concoction of crime story, horror story (inspired by the Japanese tradition of kaidan), ecological revenge fantasy, and Siberian shamanism. The book explores the rickety foundation of illusions on which our relationship to the environment, and to one another, rests, and guides us through a world of aberrations, anomalies, and mistakes.

The Red Thread: Nordic design           $110
200 objects, from the everyday to the consciously positioned, intimating the wellspring in Scandinavian and Finnish culture that gives rise to a material culture that enhances, both practically and aesthetically, the small and large aspects of the tasks and pleasures of living.

October: The story of the Russian Revolution by China Mieville       $33
The radical realignment of society from an autocratic monarchy to a socialist state that occurred in the upheavals of 1917 has long fascinated Mieville and served as a braising pan for his fiction, which is full of extreme characters, new ideas and byzantine thinking. Here he puts his skills as a novelist to work in a history of what was a revolution in human ideas as it was in events played out in the world.

The Kingdom of Olives and Ash: Writers confront the occupation edited by Michael Chabon and Ayelet Waldman      $33
26 writers (including Colum McCann, Rachel Kushner, Colm Toibin, Dave Eggers, Madeleine Thien and Eimear McBride) from 14 countries bear witness to the human cost of the 50-year Israeli occupation of the West Bank.
"Moving, heartbreaking, and infuriating, testifying to the chilling cruelty of Israel's policy toward Palestinians. Deeply unsettling and important." - Kirkus
>> Trailer.

Free Speech: Ten principles for a connected world by Timothy Garton Ash          $28
With the internet providing instant audience for any statement, how are we preserve our freedoms and also progress to a more humane and inclusive mode of discourse?
"Garton Ash's larger project is not merely to defend freedom of expression, but to promote civil, dispassionate discourse, within and across cultures, even about the most divisive and emotive subjects." - Guardian

Graphic: 500 designs that matter        $45
A handbook of successful design across the world and across time.

The Story Cure: An A-Z of books to keep kids happy, healthy and wise by Ella Berthoud and Susan Elderkin      $45
Books to nourish and restore every part of a young reader's mind, usefully arranged by 'ailment'.

In Writing: Essays on literature by Adam Phillips      $40
Phillips plausibly posits that the insights gained from literature and from psychoanalysis can together provide better understanding of the predicaments and pleasures of being human than either approach can provide alone. Includes consideration of W.G. Sebald, Barthes, Byron, Emerson and Shakespeare.

A Boy in Winter by Rachel Seiffert       $35
A novel correlating Jewish, Ukrainian and German experiences in the days following the Nazi invasion of a small town in the Ukraine in 1941, and seeking comprehension of the guilt burden still passed down through generations.
>> "My grandparents were Nazis."

Tell Me Everything You Don't Remember: The stroke that changed my life by Christine Hyung-Oak Lee        $50
In the months following her stroke in 2006 at the age of 33, Hyung-Oak Lee outsourced her faculty of memory to the small notebook from which this narrative is constructed. As she recovered, the realignment of her sense of time led her to think deeply about what she thought of as herself.
>> How did the stroke affect her vision and proprioception?

Modernism in the Streets: A life and times in essays by Marshall Berman       $43
Marshall Berman was one of the great urbanists and Marxist cultural critics of the twentieth and early twenty-first centuries, and author of All That is Solid Melts into Air, a key work on modernism. This collection includes early essays from and on the radical '60s, on New York City, on literary figures from Kafka to Pamuk, and late essays on rock, hip hop, and gentrification, and forms a sort of intellectual autobiography.

The Dilemmas of Lenin: Terrorism, war, empire, love, revolution by Tariq Ali          $28
Is terrorism ever a useful tactic? Can imperial wars ever be supported? What sort of political party do we need? What is the moral justification for seizing power? How does one overcome the burden of history? What role does friendship or love play in revolution? How do you establish a legacy that lasts? Tariq Ali provides an insightful picture of the dilemmas Lenin faced a hundred years ago, dilemmas that are also relevant today as we face another urgent need for change.

Sounds and Sweet Airs: The forgotten women of classical music by Anna Beer           $22
Explores the life and work of eight female composers from the 17th to the 20th centuries and the reasons for their contemporary and subsequent obscurity.
"A meticulously researched, engrossing read, vividly bringing its eight subjects to life. It should appeal not only to music connoisseurs but to anyone interested in social and cultural history." - Financial Times

Pieces of You by Eileen Merriman         $20
"A wonderfully compelling story suffused with heartbreak and humour about first love, about sexual awakening and the lives of teens: the decisions they are confronted by, as well as the dangers and difficult situations that young people can find themselves in, and how to cope with these." - Stella

Why I'm No Longer Talking to White People About Race by Reni Edde-Lodge       $30
An attempt to wrest control of discussions about racism back from those who are not personally affected by it, a call to see and act against systemic and institutionalised racism, and an exploration of race's relationship to other issues of identity politics.

Client Earth by James Thornton and Martin Goodman       $40
The organisation Thornton founded in 2007, ClientEarth, uses advocacy, litigation, and research to address the greatest challenges of our time - including biodiversity loss, climate change, and toxic chemicals. It now has sixty lawyers working full-time - finding, taking on, and winning cases across a broad spectrum.

A novel exploring the nuanced, layered intricacies of racial politics in east Africa beyond black and white, focusing on the tensions between Africans and Indians living in post–British imperialism Kenya.

The Fate of Gender: Nature, nurture and the human future by Frank Browning       $30
"In this daring examination of the complexities of modern gender, Frank Browning gives the scientific evidence that gender is a construct rather than a biological reality. Our notions of masculinity and femininity are becoming more fluid and not less, as science defers to social reality instead of the other way around. Scholarly, wide-ranging, and deeply imagined, this unsettling book limns the triumph of nuance over a binary that was never based in authenticity." - Andrew Solomon (author of Far From the Tree)

Who Runs the World? by Virginia Bergin         $18
Sixty years after a virus has wiped out the male half of the human species, 14-year-old River meets Mason. She thought all boys were extinct...
From the author of The Rain.

Other Russias: Stories and drawing from the age of Putin by Victoria Lamasko                 $50
What is it like to live in Russia? For eight years graphic novelist Lamasko travelled around Russia, collecting the stories, dreams and frustrations of the diversity of people who have not found places of advantage in the post Soviet structures that  dominate post-Soviet society.
"Victoria Lomasko's gritty, street-level view of the great Russian people masterfully intertwines quiet desperation with open defiance. Her drawings have an on-the-spot immediacy that I envy. She is one of the brave ones." - Joe Sacco, author of Palestine

The Voices Within: The history and science of how we talk to ourselves by Charles Fernyhough        $28
As soon as we evolved language our minds assailed us with voices that could not be heard by anyone else. What do these voices tell us about the workings of our minds, the structures and function of language, and about our conception of ourselves and our place in our world?
>> Not I.

The Age of Inequality: Corporate America's war on the working people by Jeremy Ganz         $33

928 Miles from Home by Kim Slater         $18
When 14-year-old Callum's father brings home his new Polish girlfriend and her son Sergei, Callum starts to re-examine some of the attitudes prevalent with his friends at school.

Ink: The mark of human identity by Ted Bishop        $35
Without ink, what would have carried human history along its course? 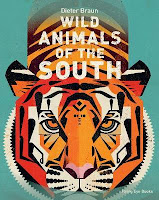