I am the Brother of XX by Fleur Jaeggy         $28
These short stories come up with one surreally gothic image after another: deeply resonant and affecting beyond the reach of reason.
"This book is twisted and hypnotizing and downright lovely. Reading it is not unlike diving naked and headlong into a bramble of black rosebushes, so intrigued you are by their beauty: it's a swift, prickly undertaking and you emerge the other end bloodied all over." - The Paris Review

Tears of Rangi: Experiments across worlds by Anne Salmond         $65
Polynesian and then European settlers arrived in New Zealand bringing with them world views and modes of practice that they then began to apply and adapt to the new land. This remarkable book calibrates the varying approaches of the differing peoples who came to Aotearoa, and suggests that a deeper understanding of these mind-sets can lead towards approaches that are more harmonious, not just between cultures but towards the natural world too.

A State of Freedom by Neel Mukherjee             $37
The striving for a different life is one of the markers of modern existence. Can these five characters in Mumbai make better lives for themselves, or can they only achieve dislocation? From the author of The Lives of Others.
"This is a great hymn to poor, scabby humanity-a devastating portrait of poverty and the inhumanity of the rich to the poor. A masterpiece." - Edmund White
"Fans of Neel Mukherjee expect that his books will be exceptional and once again he has produced just that. A State of Freedom is formally audacious, vividly observed, and deeply imagined. Unsentimental yet full of heart, grimly real yet mysteriously dreamlike, with characters who continue to live their complicated lives long after you've turned the last page. Just a beautiful, beautiful piece of work." - Karen Joy Fowler

News of the World by Paulette Jiles         $25
In the wake of the American Civil War, a septuagenarian who is content to be a reader of newspapers to the illiterate, is given the task of escorting a 10-year-old white girl, who has been a 'prisoner' of the Kiowa tribe for most of her life, back to her relatives. As they travel across the natural and social wilds of Texas they develop a bond across cultures, so that when it is obvious that the girl's relatives have no interest in her escort is faced with the option of becoming, in the eyes of the law, a kidnapper himself.
"An exquisite book about the joys of freedom, the discovery of unexpected proprietary love between two people who have never experienced anything like it before, pure adventure in the wilds of an untamed Texas, and the reconciling of vastly different cultures." - New York Times 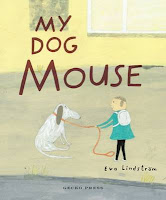 My Dog Mouse by Eva Lindström         $30
A lovely, sensitive picture book about a child's friendship with a very old dog.

Soda Pop by Barbro Lindgren, illustrated by Lisen Adbåge          $25
Soda Pop wears a tea cosy on his head and has brought his son Mazarin up on nothing but sweet buns and love. Every morning Dartanyong emerges from the woodshed with a new identity. This enchanting Swedish classic has made it into English at last.
"There's a sublime sort of craziness to it. Neither Soda Pop nor Mazarin nor Dartanyong speaks a single word of sense, but they will be my friends for life." - Astrid Lindgren [no relation] 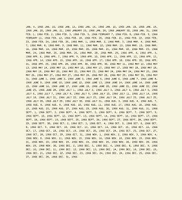 On Kawara: 1966           $90
1966 was a pivotal year in the career of one of contemporary art's most radical and rigorous practitioners: it was the year in which the Japanese artist began his series of date paintings, which depict nothing but the date upon which they were painted (the 'Today' series numbered over 3000 on Kawara's death in 2013).
>> 'Today' discussed.

Fall Down 7 Times, Get Up 8 by Naoki Higashida         $35
Higashida's previous book The Reason I Jump, which he wrote by indicating letters on a cardboard 'keyboard', gave profound insight, not only into the autistic mind, but into human existence per se. This book continues this account into adulthood, and gives an autist's critique of family, society and education. Also included are a story written by Higashida and an introduction from David Mitchell, who has an autistic son.
>> Writing with autism.

Everybody's Son by Thrity Umrigar           $37
A 9-year-old black child from the Projects adopted by a powerful white family grows up to fulfill his potential only to confront a secret which will recast his entire sense of self.
"Jarring and beautiful, Umrigar’s novel examines complex social issues with brutal honesty, but also creates accessible characters with relatable motives, reminding us of the deep-seated racism that exists even in the places we don’t think to look." - Publishers' Weekly 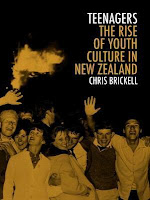 Flow: Whanganui river poems by Airini Beautrais         $35
"This remarkable sequence winds and eddies like the Whanganui River, filtering the m=region's many histories into something rich and swimmable. Is verse the future of history?" - James Brown

Sugar: The world corrupted, from slavery to obesity by James Walvin     $38
The human craving for sweetness has been one of the engines of history, not only culturally and politically, but of our natural history too.

A Secret Sisterhood: The hidden friendships of Austen, Bronte, Eliot and Woolf by Emily Midorikawa and Emma Claire Sweeney       $45
Behind every great woman writer stands another woman writer, in these cases: Anne Sharpe (a playwright who was one of Austen's servants), Mary Taylor (the feminist writer who influenced Charlotte Bronte), Harriet Beecher Stowe (George Eliot) and Katherine Mansfield (who had a complex relationship with Virginia Woolf). This book shows how the personal and the literary are strongly entwined.

The Most Popular Art Exhibition Ever! by Grayson Perry         $48
Perry explores populism in art and politics. What is the cultural link between taste and the Brexit vote?
>> Grayson Perry: What Britain Wants.

Radical Technologies by Adam Greenfield           $30
An insightful book on the ‘colonisation of everyday life by information processing’, calling for resistance to rule by the tech elite, who quickly appropriate innovations to their own ascendancy (often despite appearances).
"Tremendously intelligent and stylish. A landmark primer and spur to informed and effective opposition." - Guardian

Exes by Max Winter          $35
Providence, Rhode Island, contains the only people who could give Clay the background to his brother's suicide. As he collects their stories he begins to piece together a rather bigger picture than he was seeking.
“There is so much blunt beauty in Max Winter’s Exes, so much confidence in the prose and the pacing, that it is easy to miss the bomb he slips into each story until it detonates, taking with it any careful distance you’ve tried to maintain.” —Mira Jacob
"Brilliantly unique and incisive." - Publishers' Weekly 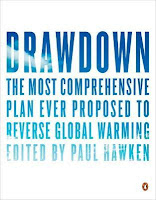 Not One Day by Anne Garréta         $30
An intimate exploration of the delicate connection between memory, fantasy, lover and desire, written under strict OuLiPian constraints: a tour de force of experimental queer feminist writing.
Winner of the Prix Médicis.
"For Garréta, it may just be possible that the body occupies the space of language so powerfully as its capacity to produce it." - BOMB

Colonial Gothic to Maori Renaissance: Essays in memory of Jonathan Mane-Wheoki edited by Conal McCarthy and Mark Stocker       $80
The contents of this book are as varied and interesting as the man himself: Victorian church architecture and liturgy, mysticism, the New Zealand International Exhibition of 1906, the Toi Te Papa exhibition of 2006, traditional and contemporary Maori art, and the artists Thomas Benjamin Kennington, Gottfried Lindauer, Colin McCahon, Tony Fomison, Philip Clairmont and Emily Karaka. Essays from leading curators and writers, including Peter Simpson, Lara Strongman and former Suter curator Anna-Marie White.

The Book of Monelle by Marcel Schwob              $30
Schwob was a pivot of the French Symbolist movement, and this book, based on his relationship with a woman known only as Louise, who died of tuberculosis, immediately became the de facto Bible of the Symbolist movement. Louise here is transformed into the innocent prophet of destruction, Monelle. Schwob tells the stories of her various sisters: women succumbing to disillusionment, caught between the misleading world of childlike fantasy and the bitter world of reality.

Full Cicada Moon by Marilyn Hilton       $18
It's 1969, and the Apollo 11 mission is getting ready to go to the moon. But for half-black, half-Japanese Mimi, moving to a predominantly white Vermont town is enough to make her feel alien. No matter what the obstacles, Mimi is determined to become an astronaut. A novel in verse.
"This novel stands out with its thoughtful portrayal of race and its embrace of girls in science and technical fields. The verse, though spare, is powerful and evocative, perfectly capturing Mimi's emotional journey." - School Library Journal

The Gastronomical Me by M.F.K. Fisher        $23
A memoir of travel, love and loss, but above all hunger.
"The greatest food writer who ever lived." - Simon Schama
"Poet of the appetites." - John Updike
"She is not just a great food writer. She is a great writer, full stop." - Rachel Cooke, Observer

The Plant Messiah: Adventures in search of the world's rarest species by Carlos Magdalena         $40
Magdalena and his team at Kew Gardens have been instrumental in saving a range of rare species from extinction.
>> Meet Carlos Magdalena.

Caesar's Last Breath: The epic story of the air around us by Sam Kean         $40
Around the world, across time, through the periodic table, there is nowhere Kean will not go to tell us all about the ever-present but invisible substance that has reshaped cultures, changed continents and kept us alive. Caesar's last breath? - You're breathing it. 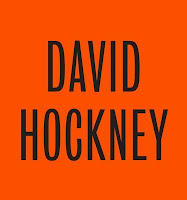 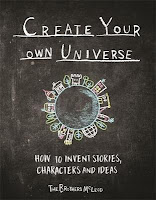 Create Your Own Universe: How to invent stories, characters and ideas by the Brothers McLeod        $25
A crucible in which children can spark ideas for stories, books, animations, graphic novels, comics, or whatever narrative art takes their fancy.
>> Miles rabbits on.
>> The Brothers McLeod meet Pythagoras.

The Last Holiday by Gil Scott-Heron          $25
An engrossing memoir from his poor beginnings in Tennessee through his rise through the music industry and his prominence in the civil rights movement in New York and elsewhere.
"A marvellous documentary of black America and life lived in the raw." - Spectator
>> The Revolution Will Not Be Televised.

Inferno [and] Pergatory [and] Paradise by Dante Alighieri, translated by J.G. Nichols
>> Someone has compared 15 translations.
>> Someone has animated the Inferno.