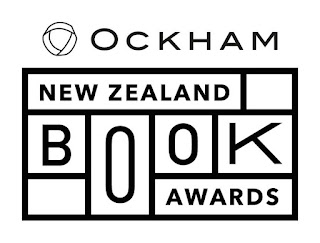 The New Animals by Pip Adam (Victoria University Press)        $30The New Animals is a strange, confrontational, revelatory novel that holds a mirror up to contemporary New Zealand culture. Adam handles a large ensemble of unrooted characters with skill. She gets beneath the skin of her characters in ways that make the reader blink, double-take, and ultimately reassess their sense of the capabilities of fiction. A transition late in the novel is both wholly unexpected and utterly satisfying. It’s stylistically raw and reveals a good deal in a modest way. The New Animals is so vivid in imagery and imagination that the judges haven’t stopped thinking about it since. In this category in 2018 it’s the book with the most blood on the page. It will give you an electric shock. It will bring readers back from the dead.

Night Horse by Elizabeth Smither (Auckland University Press)      $25The 2018 Ockham New Zealand Book Awards Poetry Award is for a book by an esteemed and celebrated poet who contributes greatly to the New Zealand writing community. Night Horse delights in animals, reflects on the well-being and the passing of friends and family, and the minutiae of care, such as the poem about ironing a friend’s shirts in return for hospitality, or the friend whose swollen feet will only fit slippers despite racks and racks of shoes, or the sublime answer of Pope Francis to a child who asked how Jesus walked on water — ‘He walked as we walk’ — or the car lights focused on a horse at night entranced by moonlight, or lovers holding hands. These poems are gentle, uplifting, tender, humorous, well-crafted and luminous.

Tuai: A traveller in two worlds by Alison Jones and Kuni Kaa Jenkins (Bridget Williams Books)          $40
Tuai: A Traveller in Two Worlds presents an evocative picture of young Māori travelling to England; their encounters with people, illness and industry there, and their return home. Tuai is empathetically written, providing the reader a window into a contested time of meeting, conversion and enterprise. The text and illustrations work in concert, presenting a rounded and rich experience for the reader, enhancing the breadth and depth of the research explored within.Key moments are presented so richly that they envelop and captivate the imagination. The care the authors have given these histories, acknowledging the autonomy that mātauranga Māori has in wider Aotearoa historical narratives, is striking, and we need more of it.

Driving to Treblinka: A long search for a lost father by Diana Wichtel (Awa Press)       $45
The toughest task of any book, whatever the form, is to make a sentence so good that you just have to read the next one, and the next one, and then wish it could just about go on forever. So it is with Driving to Treblinka. From the first page, Diana Wichtel’s memoir draws you into a fascinating ancestry: the story of a girl growing up in Canada, her mum a kiwi, her dad a Polish Jew, a man who leapt in desperation from a concentration-camp-bound train, a moment around which everything in this book orbits. Wichtel’s curiosity, alternately upsetting and uplifting, turns invisibly into a kind of mission. At its heart this is a family story, but one which cannot but shine a light on the vestiges of anti-Semitism that linger in Europe today. It is not just a beautifully written book, but an important book, too.

Baby by Annaleese Jochems  (Victoria University Press)       $30
A novel that shimmers with feverish, fatalistic intensity, Baby is a strange and strangely moving love story built on obsession, narcissism and damage. It is a much deserved recipient of the Best First Book Award for Fiction. Guest international judge, Alan Taylor, says of Baby: ‘Baby is the kind of novel that lingers in the memory long after you put it down. It is raw, bleak, blackly funny, unpredictable and unsentimental, with shafts of sunny lyricism and passages of clean prose that are veined with menace. It is by any standard a remarkable debut novel by a young writer who has set a very high bar for herself. Where Annaleese Jochems goes from here is anyone’s guess but wherever it is, the truly curious will want to follow her.

Fully Clothed and So Forgetful by Hannah Mettner (Victoria University Press)         $25
In Fully Clothed and So Forgetful Hannah Mettner opens doorways into thought and meanings that lie beneath the surface. Adept at ‘making strange’ — dislocating the ordinary and the familiar —­­ she stretches the imagination of both writer and reader. Mettner has something to say beyond massing detailed description and merely reporting back. Fully Clothed and So Forgetful reveals a writer who knows how to turn a poem into something else — the mark of poems of discovery and not mere invention. The collection’s opening poem, 'Higher Ground,' is an example of the mobile possibilities in this poetic approach. It combines the referential list poem with the oomph of slam and the reticent praises of psalms. These poems of poise and deceptive complexity demonstrate Mettner’s considerable talent. 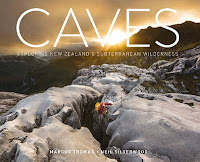 Caves: Exploring New Zealand's subterranean wilderness by Marcus Thomas and Neil Silverwood (Whio Publishing)      $80
The photographs in Caves are undeniably exquisite. They depict moments of wonder, an otherworldliness that a dedicated few access. Through the marriage of photographs and infographics this book provides a more general readership the privilege of seeing the subterranean parts of New Zealand’s environment that remain comparatively unknown. At times, the images and the narrative can be unnerving as we read of the deaths that come with discovery and view seemingly bottomless caverns, but the overarching feeling is one of awe at the immense beauty of our islands and the courage of the tightknit community of people that traverse them.

Driving to Treblinka: A long search for a lost father by Diana Wichtel (Awa Press)       $45
Powerful, poignant, and not infrequently profound, Driving to Treblinka is an outrageously assured example of a first book. Diana Wichtel’s story goes way beyond the usual family memoir. In search of her father’s history Wichtel travels by memory and aeroplane and time to Poland, to the Jewish ghetto and a miraculous escape from execution at the Nazi death camp in Treblinka to a new life in Canada – and to another heart-wrenching, years-long unexplained family fissure. As uplifting as it is upsetting, Driving to Treblinka delivers an engrossing account of a life, and the indelible legacy of the Holocaust through generations. 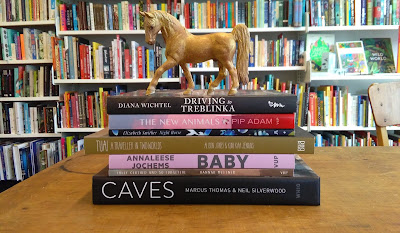