2019 CATEGORY WINNERS
{ Click on the covers to secure your copies }

This Mortal Boy by Fiona Kidman (Vintage, Penguin Random House)    $38
Judges' citation: In This Mortal Boy Fiona Kidman has written an intensely human and empathetic story, recreating the events leading to the real life hanging of “jukebox killer” Paddy Black at Mount Eden prison in 1955. With seeming effortlessness, she pulls the reader into mid-century New Zealand – the restlessness of a new urban youth culture, the moral panic that led to the Mazengarb report, the damning assumptions of the legal profession and the unchallenged omissions that eased the pathway to a young man’s death. Kidman draws her characters deftly, alternating between the bravado and vulnerability of Auckland’s young bodgie culture and the desperation of a poor and disempowered family in Ireland. The result is moving, memorable, authentic and urgently relevant to our times. 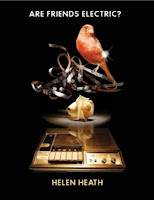 Are Friends Electric? by Helen Heath (Victoria University Press)      $25
Judges' citation: Helen Heath’s collection impresses with its broad thematic reach, its willingness to tackle complex issues, and its poetic risk-taking. By turns thoughtful and moving, Are Friends Electric? asks how the material world might mediate—or replace—human relationships. The experimental first half uses found poems to engage how artifacts—sex dolls, buildings—become objects of human passion. Technology is situated in relation to the natural world, and to issues of gender, sexuality and power. The elegiac second half offers a touching speculative narrative: A woman embeds her deceased partner’s personality into software to avoid letting go. Heath asks if friends can—or should—be electric, and probes deeper questions about what it means to be human. 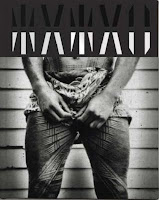 Tatau: A cultural history of Samoan tattooing by Sean Mallon and Sébastien Galliot (Te Papa Press)       $75
Judges' citation: Excellence in an illustrated work of non-fiction is to be found in the flawless integration of text, illustration and design. Tatau: A History of Sāmoan Tattooing is the exemplar of those goals. Creating a cohesive whole that incorporates multiple writers and a wide range of illustrations and artworks is a difficult task, and this publication achieves this with authority, style and integrity. It is a visual feast, and at the same time celebrates the tactile pleasure of a book in the hand, and should be acknowledged as a milestone in contemporary publishing. And, most importantly, quality design is met with innovative writing that both records and opens up new territory, creating a book that will expand and enrich the knowledge of readers throughout Aotearoa, the Moana Pacific and beyond.

Hudson & Halls: The food of love by Joanna Drayton (Otago University Press)         $50
Judges' citation: Set against the backdrop of the double act many of us will remember, Hudson & Halls reveals the humour and drama of this couple’s onscreen chemistry, and is a deeply moving and often surprising account of their private life. Set within the context of significant social and political moments over four decades and three countries, Joanne Drayton’s fresh approach to storytelling makes this a must-read. In its design, the kitsch flamboyance of the pair and the period is celebrated in a way that is quirky, engaging and in keeping with the tone and vibrancy of the couple. Hudson & Halls is not simply the story of celebrity chefs: it is a generous, multi-layered, and touching account of companionship and enduring love.

The Sound of Breaking Glass by Kirsten Warner (Mākaro Press)     $35
Judges' citation: In The Sound of Breaking Glass first time novelist Kirsten Warner presents a surreal, satirical and deeply moving story of multi-generational trauma. Through her central character Christel, we are confronted by the unresolved legacy of the Holocaust and the unaddressed corruption of adolescence. In revealing the impact of this history through an illusory censorious shape-shifter – Big Critic – and the Golem-like Milk Bottle Man, Warner takes her readers on a frenetic and ambitious narrative that tests the boundaries of storytelling. That she achieves this without compromising character or credibility is testament to her skills as a writer. The Sound of Breaking Glass is vivid, intelligent, funny and as compelling as it is inventive. 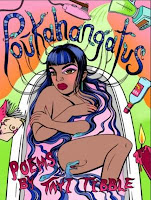 Poūkahangatus by Tayi Tibble (Victoria University Press)      $20
Judges' citation: In a year of strong first collections, Tayi Tibble’s remarkable book stood out. Poūkahangatus drew us in again and again with the strength of its voice, its narrative power, its formal experimentation, and the depth of the feelings it manifests and invokes. With an unsettling self-assurance, Tibble takes us on a tour of senses, scenes and a range of uncomfortable tropes that an Aotearoa audience may recognise as our own. Awkward and unequal power dynamics are battled out brutally on the page with a self-conscious attention to the ways the past plays out in the present. Her lyrical kaupapa draws us in to gaze at a two-way mirror through gestures that are by turns playful, angry, seductive and disquieting. 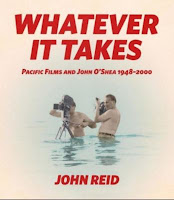 Whatever It Takes: Pacific Films and John O'Shea, 1948-2000 by John Reid (Victoria University Press)       $60
Judges' citation: Approaching an extensive archive for a first-time author is a daunting prospect, and one on which many an established biographical writer has come to grief. Whatever It Takes is an impressive debut, covering a complex story that highlights a unique part of our visual culture and social history. It is clearly written and carefully structured, with an approach to illustrations that is sympathetic to the original nature of the film-based imagery being reproduced. The design and illustrations create a richly contextual, evocative sense of the original time and place. The final result is a book that records a remarkable story and reflects an emerging non-fiction writer of great potential.

We Can Make a Life by Chessie Henry (Victoria University Press)     $35
Judges' citation: Beautifully written and highly engaging, Chessie Henry’s We Can Make a Life is a powerful and gripping story of a family coping with personal trauma in the midst of national tragedy. Told with warmth and curiosity, this is both a candid account of the impact of the Christchurch and Kaikoura earthquakes on her family and a touching tribute to her adventurous parents. The beautiful writing is complemented by a considered approach to the design and production. An assured and compelling first book by an exciting new voice, this book is honest, compassionate, and in its coverage of personal responses to traumatic events is emotionally revealing without being sentimental.


>>Find out the category winners chosen by respondents to the VOLUME OCKHAMETER (and Acornometer).