Sprigs by Brannavan Gnanalingam         $35
It is Saturday afternoon and two boys’ schools are locked in battle for college rugby supremacy. Priya — a fifteen year old who barely belongs — watches from the sidelines. Then it is Saturday night and the team is partying, Priya's friends have evaporated and she isn't sure what to do. Gnanalingam's new novel addresses New Zealand's culture of masculinity, racism and sexual predation, and the ways in which institutions seem often to have priorities than acknowledging victims' needs.
>>"There are ways of being male without it coming at the expense of other people."
>>"How do brown bodies move in white spaces in New Zealand?"
>>Sodden Downstream was short-listed for the 2018 Acorn Price for Fiction.

A Traveller at the Gates of Wisdom by John Boyne         $37
Some stories are universal. Some are unique. They play out across human history. This story starts with a family. For now, it is a father and a mother with two sons. One with his father's violence in his blood. One with his mother's artistry. One leaves. One stays. They will be joined by others whose deeds will determine their fate. It is a beginning. Their stories will intertwine and evolve over the course of two thousand years. They will meet again and again at different times and in different places. From Palestine at the dawn of the first millennium and journeying across fifty countries to a life among the stars in the third, the world will change around them, but their destinies remain the same. Can this pattern be escaped? An astounding new novel from the author of The Heart's Invisible Furies, A History of Loneliness and A Ladder to the Sky.
"John Boyne brings a completely fresh eye to the most important stories. He is one of the greatest craftsmen in contemporary literature." —Colum McCann

Rat King Landlord by Murdoch Stephens           $25
Colossal rats invade from the Wellington town belt. Your rent is going up but everyone is calling it a summer of love. Cryptic posters appear around town inciting people to join an evening of mayhem. Until now the rats have contented themselves with scraps. But as summer heats up and the cost of living skyrockets, we can no longer ignore that our friends are seeking their own rung on the property ladder.
>>"The real challenge for a community is how to self-rule beyond the easy villains."

A Girl's Story by Annie Ernaux          $37
Annie Ernaux revisits the night fifty years earlier when she found herself overpowered by another's will and desire. In the summer of 1958, eighteen-year-old Ernaux submits her will to a man's, and then he moves on, leaving her bereft. Now, fifty years later, she realizes she can obliterate the intervening years and return to consider this young woman that she wanted to forget completely. And to discover that here, submerged in shame, humiliation, and betrayal, is the vital origin of her writing life, her writer's identity.
>>Other books by Ernaux.
>>Read Thomas's review of The Years. 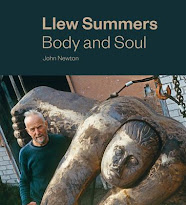 Llew Summers: Body and soul by John Newton        $65
A beautifully presented and illustrated record of the work and life of one of New Zealand's most recognisable sculptors, a man of warmth and  vitality, whose works are daring, sensual and provocative.

Theft by Luke Brown         $40
What I did to them was terrible, but you have to understand the context. This was London, 2016. Paul has awoken to the fact that he will always be better known for reviewing haircuts than for his literary journalism. He is about to be kicked out of his cheap flat in east London and his sister has gone missing after an argument about what to do with the house where they grew up, after their mother's death. When Paul is granted a rare interview with Emily Nardini, a cult author, and is then received into her surprisingly grand home, everything begins to skid. A satire of the intersection of personal and political crises under the cloud of Brexit.
"A wry and stylish look at male privilege." —Financial Times
"Is this the most loathsome hipster in modern fiction?" —Telegraph

Fracture by Andrés Neuman          $33
In 2011, Mr Watanabe, a Japanese electronics executive, is in Tokyo when the earthquake that precedes the Fukushima nuclear disaster strikes. In the aftermath, he fins himself on a journey to Fukushima, a tourist of the current day tragedy that mimics his own experiences of World War II. For Mr Watanabe is one of the few double hibakusha, a survivor of the atomic bombs dropped in Hiroshima and Nagasaki in 1945. The earthquake shifts his and others memories of those events. Meanwhile, four women based in Paris, New York, Buenos Aires, and Madrid tell their own stories of knowing and loving Mr Watanabe, a victim of one of the largest collective traumas of the last century. Fracture encompasses some of the most urgent political, social and environmental questions of contemporary life, about collective trauma, memory and love.

Pencils You Should Know: A history of the ultimate writing utensil in 75 anecdotes by Caroline Weaver        $35
Interesting, quirky and well-illustrated. Recommended for anyone who gets excited about the new Palomino Blackwing or a perfectly sharpened No. 2 Ticonderoga.
>>Also recommended: The Secret Life of the Pencil. 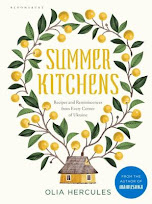 Summer Kitchens: Recipes and reminiscences from every corner of Ukraine by Olia Hercules          $53
Olia Hercules owes some of her earliest and fondest memories to the 'summer kitchens' of her parents, grandparents, neighbours and friends in Ukraine. These small buildings are separate from the main house, and always positioned near a fruit plot or veg patch so families can enjoy the home-grown produce as it ripens, and preserve the surplus in preparation for winter. The number of summer kitchens is dwindling these days, but there is still so much we can learn about making the most of the vibrant summer produce throughout the rest of the year.
"A complete revelation." —Nigella Lawson

Bulletproof Vest by Kenneth Rosen           $22
The New York Times journalist Kenneth R. Rosen had just purchased his first bulletproof vest and was headed off on assignment. He was travelling into Mosul, Iraq, when he realized that the idea of a bulletproof vest is more effective than the vest itself. From its very inception, poly-paraphenylene terephthalamide, or Kevlar, was meant for tires. Its humble roots and mundane applications are often lost, as it is now synonymous with body armor, war zones, and domestic terrorism. What Rosen learned through intimate use of his vest was that it acts as a metaphor for all the precautions we take toward digital, physical, and social security. Bulletproof Vest is at once an introspective journey into the properties and precisions of a bulletproof vest on a molecular level and on the world stage. It's also an ode to living precariously, an open letter that defends the notion that life is worth the risk. 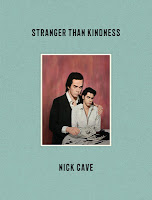 Stranger than Kindness by Nick Cave          $70
A journey in images and words into the creative world of musician, storyteller and cultural icon Nick Cave. This highly collectible book contains images selected by Cave from 'Stranger Than Kindness: The Nick Cave Exhibition', presented by the Royal Danish Library in partnership with Arts Centre Melbourne. Featuring full-colour reproductions of original artwork, handwritten lyrics, photographs and collected personal artefacts, it presents Cave's life, work and inspiration and explores his many real and imagined universes, with texts from Cave and Darcey Steinke on themes that are central to Cave's work.
>>A trailer for the exhibition.
>>The song, live, 1987.

Te Papa to Berlin: The making of two museums by Ken Gorbey         $40
After working on the development and realisation of Te Papa, Gorbey was recruited to salvage the Jewish Museum Berlin.

Island Dreams: Mapping an obsession by Gavin Francis       $45
Blending stories of his own travels with psychology, philosophy and great voyages from literature, Francis sheds new light on the importance of islands and isolation in our collective consciousness.

Environment by Rolf Halden         $22
What do we mean by environment? It affects everything we do and the way we think; we are part of it and yet we are uncertain how to think of it.

A Room Made of Leaves by Kate Grenville         $48
What if Elizabeth Macarthur—wife of the notorious John Macarthur, wool baron in the earliest days of Sydney—had written a shockingly frank secret memoir? And what if novelist Kate Grenville had miraculously found and published it? Grenville's first novel in a decade.

The Education of an Idealist by Samantha Power           $37
A relentless advocate for promoting human rights, Power has been heralded by President Barack Obama as one of America's "foremost thinkers on foreign policy." The Education of an Idealist traces Power's extraordinary journey, from Irish immigrant to human rights activist to war-zone correspondent to United States Ambassador to the United Nations.
>>Samantha Power talks with Paula Morris. 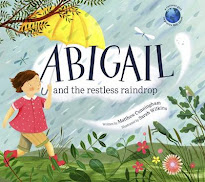 Abigail and the Restless Raindrop by Matthew Cunningham and Sarah Wilkins         $20
Abigail is a little girl with big questions. Find out about the water cycle with her in this beautifully illustrated New Zealand book.

How to Be Good, Or, How to be moral and virtuous in a wicked world by Gary Cox        $39
What is goodness? Is goodness achievable, and if so, how? If being a good person is a matter of doing the right thing, then what is the right thing to do? Is it acting rationally, promoting happiness, exercising moderation in all things or respecting the freedom of others, or is it somehow a concoction of all these abilities, wisely adjusted to suit circumstances?

Crossing the Lines: The story of three homosexual New Zealand soldiers in World War 2 by Brent Coutts          $50
A previously untold history of New Zealand homosexual soldiers in World War II, drawing on the experiences of ordinary men who lived through extraordinary times. At the centre of the story are New Zealand soldiers Harold Robinson, Ralph Dyer and Douglas Morison, who shared a queer identity and love of performance. Through their roles as female impersonators in Kiwi concert parties in the Pacific and Egypt they found a place to live as gay men within the military forces.

Pluses and Minuses: How maths solves our problems by Stefan Buijsman           $37
Thousands of years ago, the inhabitants of Mesopotamia became the first humans to make complex calculations numbers. Since then, mathematics has become an unstoppable force. It's behind almost everything, from search engines to cruise control, from coffee-makers to timetables. But now that we hardly ever need to do arithmetic, how relevant is mathematics to everyday life?
[Can the case that could be made for 'plusses' over 'pluses' be so easily made for 'busses' over 'buses'?]

Rootbound: Rewilding a life by Alice Vincent         $33
"A book about heartbreak, salvation, nature and balcony gardens. Alice Vincent mixes memoir with botanical history to explore how plants can heal us." —Huffington Post
"Rootbound is a poignant testimony to the joy that greenery will bring to your life, and it is a magical reminder that humans, like plants, can mend and grow in their own good time." —Independent