Find out about the books short-listed for each category in the 2019 Ockham New Zealand Book Awards (read the judges' citations below). Click through to reserve your copies from our website. Use the OCKHAMETER to vote for your favourites and to win books. 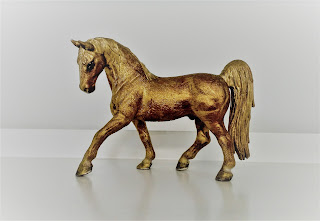 Auē by Becky Manawatu (Mākaro Press)       $35
Becky Manawatu’s remarkable debut novel is a taonga pounamu: raw life polished to a sheen that’s beautiful, warm and stone-hard. Auē introduces orphaned Arama, deposited in rural Kaikōura with his Aunty Kat and hair-trigger Uncle Stu, and his brother Taukiri, a young man fending for himself in the big smoke. There is violence and sadness, not least when Jade and Aroha and Toko stumble into the brutal kinship of gang life. But there is buoyant humour, too, remarkable insights, forgiveness and a massive suffusion of love.

Pearly Gates by Owen Marshall (Vintage, Penguin Random House)      $38
Pearly Gates is the second-time mayor of a provincial South Island town, owner of a thriving real-estate business and dedicated husband to Helen. If he stands for a third time, will he win? Is he actually as beloved as he believes? By keeping the book moving by merely threatening to have a plot, master storyteller Marshall creates a subtle, deliciously sly character study inside a love letter to small-town New Zealand that’s perceptive and funny despite being devotedly understated.

A Mistake by Carl Shuker (Victoria University Press)       $30
In Carl Shuker's novel, an operation in a Wellington hospital goes horribly wrong under the supervision of Elizabeth Taylor, a capable, ambitious female surgeon. A Mistake is a masterful dissection of truth and fallibility, hubris and high-minded sexism, in the form of a literary thriller. This sharp-eyed, sharp-elbowed tale seamlessly combines a close observer's understanding of medicine and its political machinations with keen social observation and rare storytelling nous.
>>Read Stella's review.

Halibut on the Moon by David Vann (Text Publishing)       $37
This deep, dark and relentless novel tells of Jim, a manic-depressive, who travels from Alaska to California to see his estranged children, his brother, Gary, his distant parents – and a therapist. That it’s told from Jim’s perspective makes it a kind of a grim ventriloquism, with Jim as a mad, blackly humorous truth-teller – even more so when you discover that he’s based on the author’s father. Vann’s mesmerising prose makes it a compelling, fearsomely unsentimental story that speeds along like a freight train in the night.

Moth Hour by Anne Kennedy (Auckland University Press)       $25
Anne Kennedy puts her extraordinary talents onto the page through ‘variations on a theme’. The poems are sharp, without sentimentalism, and show much deftness in their musicality while being at the same time soft, strong and beautiful. The 1970s era of music, politics, the Vietnam War and social change is evoked without cliché, providing a historical context for both a personal and a political commentary on contemporary society as well as a consideration of the universal experience of death, grief, mourning, and looking back as we age.

How to Live by Helen Rickerby (Auckland University Press)     $25
Helen Rickerby sets down an ambitious manifesto on which she convincingly delivers. Her collection is an exploration of women’s writing throughout history, illuminating the life stories of women as diverse as Hipparchia of Maroneia, Ban Zhao, George Eliot and Mary Shelley. Their stories are set out in striking sequences of poetry that play with form. What do women need to be philosophers? Why are women silenced? Who can tell us how to live? These questions and many others are explored in this clever, engaging and forthright collection.

Lay Studies by Steven Toussaint (Victoria University Press)         $25
Lay Studies is formidably but not inaccessibly brainy, and it’s as much a crash course in Thomist and neoplatonic philosophy as it is an interrogation of goodness, truth and religious faith – concepts that have lost intellectual currency in our neoliberal era but which Steven Toussaint treats with urgency and conviction. Eliot, Zukofsky, Olson and above all Pound – the Pound of the Pisan Cantos – are just some of the evident influences in this densely allusive, theologically questioning collection. 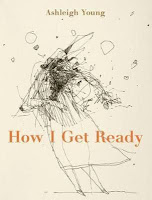 How I Get Ready by Ashleigh Young (Victoria University Press)      $25
An Ashleigh Young poem is a world: hospitable, strange, a little off kilter. The poems in How I Get Ready bristle with humour and curiosity; they are idiosyncratically observant and keenly empathetic. That empathy is extended to the reader – the poems confide and beguile, providing access not just to the speaker’s travails but also to those of lives remote in history: the compulsive disorder of a sensitive young man living in the early 20th Century, for example, or the emotional anguish of the late medieval mystic, Margery Kempe.
>>Read Thomas's review. 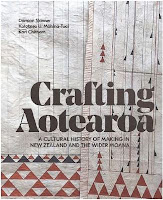 Crafting Aotearoa: A Cultural History of Making in New Zealand and the Wider Moana Oceania edited by Karl Chitham, Kolokesa U Māhina-Tuai and Damian Skinner (Te Papa Press)      $85
Challenging the traditional categorisations of art and craft, this significant book traverses the history of making in Aotearoa New Zealand from an inclusive vantage. Māori, Pākehā and Moana Oceania knowledge and practices are presented together, acknowledging the influences, similarities and divergences of each. The engaging texts by over 66 passionate experts discuss traditional and contemporary handmade objects, accompanied by gorgeous images of the works, alongside historical and contemporary photos. 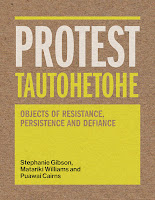 Protest Tautohetohe: Objects of Resistance, Persistence and Defiance edited by Stephanie Gibson, Matariki Williams and Puawai Cairns (Te Papa Press)        $70
Bringing together a variety of protest matter of national significance, both celebrated and previously disregarded, this ambitious book builds a substantial history of protest and activism within Aotearoa New Zealand. The design itself is rebellious in nature and masterfully brings objects, song lyrics and artworks to the centre of our attention. Well written, and with contributions by significant voices, this book retells our national history with sophistication, from contact to 2019, and from an alternative perspective – one of dissent.

We Are Here: An Atlas of Aotearoa by Chris McDowall and Tim Denee (Massey University Press)      $70
This fascinating and unique visual representation of Aotearoa New Zealand reveals us to ourselves, chronicling our history and capturing the present. The authors have brought together complex and often surprising sets of big data, presenting them in genuinely accessible ways. Essays by a range of authors contextualise the visualisations, offering the reader different angles for interpretation. The immediate and easy visual appeal of this book belies the comprehensive research and well-considered representation of Aotearoa. It is relevant to us all. 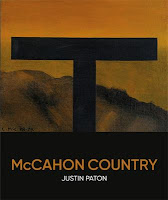 McCahon Country by Justin Paton (Penguin Random House)         $75
Colin McCahon looms over the art scene of Aotearoa like the Colossus of Rhodes, so high you can’t get over him, so wide you can’t get round him…so the song goes. To get a clearer bead on the artist on the hundredth anniversary of his birth, Justin Paton takes us on a thematic road trip consisting of fourteen illuminating chapters. Into the Valley, across the Bridge and deep into the Night of the artist, we finally arrive at our very own ‘There’, with Colin sitting beside us, no longer an imponderable giant, but as a fellow New Zealander, enjoying the view.

Dead People I Have Known by Shayne Carter (Victoria University Press)     $40
Shayne Carter says, ‘I realised that the way to write was to write pretty much the way I talk – kind of terse with some swearing.’ Dead People I Have Known is an illuminating insight into the childhood of a boy who didn’t fit in and was saved by music. This memoir is an honest look at the life of a key figure in New Zealand music; refreshingly brash, reeling off the page with searing honesty, ego and obsession. Rock star writing.

Shirley Smith: An Examined Life by Sarah Gaitanos (Victoria University Press)      $40
Sarah Gaitanos champions the life of Shirley Smith, whose achievements working for human rights and social causes are often overshadowed by the notoriety of her husband, Bill Sutch. Drawn from voluminous archives and the recollections of family and colleagues, a clear picture is presented of a frank, principled woman who swam against the current of her time. Written with clarity, insightful interpretation of sources and a steady tone, a remarkable story is expertly revealed.

Wild Honey: Reading New Zealand Women’s Poetry by Paula Green (Massey University Press)      $45
Addressing an absence of women in the canon, Paula Green has created a broader understanding of our poetic tradition. From drawing the long dead forth from the archives to claiming contemporary songwriters, her house of New Zealand poetry reflects the diversity of Aotearoa and helps us to rethink what poetry is and the kind of people who make it. Inspiring in its knowledge and unique structure, Wild Honey is insightful and enduring.

Towards the Mountain: A Story of Grief and Hope Forty Years on from Erebus by Sarah Myles (Allen & Unwin)      $40
On the anniversary of the Erebus disaster, Sarah Myles explores forty years of silence and the legacy of grief for one family who lost their grandfather. Her investigations included talking with families, police and others involved in the recovery operation and its aftermath. The story reverberates beyond one family’s grief to encompass the shared experiences of all who were affected. A moving memoir that highlights the importance of talking and of public acknowledgement and memorial.