Fate by Jorge Consiglio          $34
"They inhabited a present that was weightless, fickle even, and yet at the same time effortlessly assembled; it was the very embodiment of something sound, something firm and tangible: a space of utter certainty."
This novel focuses on a group of characters who are all in different ways endeavouring to take control of their fate. Their desire to lead a genuine existence forces them to confront difficult decisions, and to break out of comfortable routines.

Dark Constellations by Pola Oloixarac          $37
"Dark Constellations is a grand saga of the anthropocene fever dream, spanning numerous continents, centuries, and species. With the technophilic, psychedelic flair of Thomas Pynchon and William Gibson, Pola Oloixarac tacks up miles of red yarn between 19th-century explorers, Argentinian cryptographers, secluded island tribes, computational biologists, and more. A novel of high style and heavyweight ideas, Dark Constellations charts a sublime order through the ritualistic carnage of science. Also, sex." —Tony Tulathimutte
"What constitutes the originality of Oloixarac's work is her representation of daily life, with a richness and color only hinted at by either Borges or Baudrillard. Her novels do more than allegorise the pursuit of knowledge or theorize the ontological status of the real in an age of unreality. Her multifaceted characters show something of what it's like to inhabit a fleshy body in a world awash in representations—which is to say, our own world." —Public Books
>>Also on the shelf: Savage Theories.

The Mathematics of the Gods and the Algorithms of Men by Paolo Zellini         $40
Is mathematics a discovery or an invention? Have we invented numbers or do they truly exist? What sort of reality should we attribute to them? Mathematics has always been a way of understanding and ordering the world: from sacred ancient texts and pre-Socratic philosophers to twentieth-century logicians such as Russell and Frege and beyond.

Three Brothers: Memories of my family by Yan Lianke             $38
From his childhood in rural Henan Province in the 1960s and early 70s, to his escape to a writing life via joining the army to earn money for his family, Yan Lianke tells not only his story but those of his parents and uncles, conveying life under the Cultural Revolution and beyond.

A beautifully drawn graphic novel about a man who finds he has superpowers when he puts on women's clothing. What will he tell his wife?
"Funny, sweet and emotionally true, it doesn’t so much tip toe on to fraught cultural territory as dance wildly across it." —Rachel Cooke, Observer 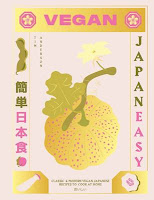 A Thousand Moons by Sebastian Barry        $37
Barry adds another gem to his cluster of novels based around the fictional Dunne and McNulty families. A Thousand Moons is narrated by Winona, a Lakota orphan adopted by Thomas McNulty and John Cole, and living with them on their farm in 1970s Tennessee following their Civil War experiences recounted in Days Without End.
"Nobody writes like, nobody takes lyrical risks like, nobody pushes the language, and the heart, and the two together, quite like Sebastian Barry does, so that you come out of whatever he writes like you've been away, in another climate." —Ali Smith

Wayfinding: The art and science of how we find and lose our way by Michael Bond         $38
How do our brains make cognitive maps that keep us orientated, even in places we don't know? How does our understanding of and relationship to place help us to understand our world and our relationship to it? How does physical space affect the way we think?

The Road to Conscious Machines: The story of A.I. by Michael Woolridge            $40
The ultimate dream of artificial intelligence is to build machines that are like us: conscious and self-aware. While this remains a remote possibility, rapid progress on AI in this century is already profoundly changing our world. Yet the public debate and media hype is still largely centred on unlikely prospects from sentient machines to dystopian robot takeovers.These anxieties distract us from the more immediate risks that this transformative technology poses — from algorithmic bias to fake news.

'Cherry' Ingram: The Englishman who saved Japan's blossoms by Naoko Abe          $24
Collingwood Ingram, known as 'Cherry' for his defining obsession, was born in 1880 and lived until he was a hundred, witnessing a fraught century of conflict and change. After visiting Japan in 1902 and 1907 and discovering two magnificent cherry trees in the garden of his family home in Kent in 1919, Ingram fell in love with cherry blossoms, or sakura, and dedicated much of his life to their cultivation and preservation. On a 1926 trip to Japan to search for new specimens, Ingram was shocked to see the loss of local cherry diversity, driven by modernisation, neglect and a dangerous and creeping ideology. A cloned cherry, the Somei-yoshino, was taking over the landscape and becoming the symbol of Japan's expansionist ambitions. The most striking absence from the Japanese cherry scene, for Ingram, was that of Taihaku, a brilliant 'great white' cherry tree. A proud example of this tree grew in his English garden and he swore to return it to its native home. Multiple attempts to send Taihaku scions back to Japan ended in failure, but Ingram persisted. Over decades, Ingram became one of the world's leading cherry experts and shared the joy of sakura internationally.

Warhol: A life as art by Blake Gopnik          $65
"Warhol has overtaken Picasso as the most important and influential artist of the 20th century.” This masterful and deeply researched book reassesses many labels and myths and suggests that it was Warhol's very eschewing of the possibility of meaning that comprises his work's meaning.

English Monsters by James Scudamore       $40
The horribleness of life at an English private schools ha a complicated effect on the later lives of students, explored in this deftly written novel by the author of Heliopolis.


"James Scudamore is now a force in the English novel." —Hilary Mantel

The Blackbird Girls by Anne Blankman         $37
On a spring morning, neighbors Valentina Kaplan and Oksana Savchenko wake up to an angry red sky. A reactor at the nuclear power plant where their fathers work — Chernobyl — has exploded. Before they know it, the two girls, who've always been enemies, find themselves on a train bound for Leningrad to stay with Valentina's estranged grandmother, Rita Grigorievna. In their new lives in Leningrad, they begin to learn what it means to trust another person. Oksana must face the lies her parents told her all her life. Valentina must keep her grandmother's secret, one that could put all their lives in danger.

Biased: Uncovering the hidden prejudices that shape our lives by Jennifer Eberhardt        $30
Eberhardt shows that unconscious bias affects the behaviour even of those who consider themselves fair-minded, and show us how to rectify these prejudices.
"A critically important book." —David Olusoga

The Great Pretender: The undercover mission that changed our understanding of madness by Susannah Cahalan       $40
For centuries, doctors have struggled to define mental illness. In the 1970s a Stanford psychologist named David Rosenhan and seven other people — sane, normal, well-adjusted members of society — went undercover into asylums around America to test the legitimacy of psychiatry's labels. Forced to remain inside until they'd 'proven' themselves sane, all eight emerged with alarming diagnoses and even more troubling stories of their treatment. Rosenhan's watershed study broke open the field of psychiatry, closing down institutions and changing mental health diagnosis practices. But, as Cahalan's new research shows, very little in this saga is exactly as it seems. What really happened behind those closed asylum doors, and what does it mean for our understanding of mental illness today?

A Book of Friends: In honour of J.M. Coetzee on his 80th birthday edited by Dorothy Driver         $37
Coetzee's unrelenting literary rigour and essential humanity have gained him many admirers, and also quite a few friends, some of whom have contributed essays and stories and poems and images to this anthology. Includes Paul Auster, Mariana Dimopulos, Siri Hustvedt, David Malouf, Carrie Tiffany, Ivan Vladislavic, William Kentridge, and Samanta Schweblin.

The Song of the Tree by Coralie Bickford-Smith          $37
Bird loves the towering tree that grows in the jungle, but when the season changes she must say goodbye until next year. Then one day Bird wonders: what happens to the tree when she flies away? Another beautifully drawn picture book from the author of The Fox and the Star and The Worm and the Bird.

Virusphere: Ebola, AIDS, influenza and the hidden world of the virus by Frank Ryan         $25
Humans' relationship with viruses predated and in many ways resulted in our humanity. But what are viruses, how to they behave, what are their goals?

Schrödinger's Dog by Martin Dumont          $30
A close relationship between a father and a son becomes a light on life's meaning following the son's sudden diagnosis of terminal disease.
"Dumont’s rich, somber debut plumbs a father-son relationship to meditate on the fictions people create to endure loss.  Dumont offers powerful philosophical insight into questions of what people owe one another and the value of subjective belief." —Publishers Weekly

I Feel Bad About My Neck, And other thoughts on being a woman by Nora Ephron         $24
"Nora's exacting, precise, didactic, tried-and-tested, sophisticated-woman-wearing-all-black wisdom is a comfort and a relief. It's why I give this as a present more than other book. I buy it for people so often that I've been known to give girlfriends two copies, one birthday after another." —Dolly Alderton 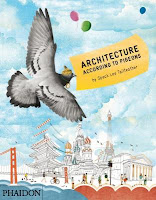 Architecture According to Pigeons by Speck Lee Tailfeather [Stella Gurney]           $30
In a bid to improve ever worsening relations between our two species, pigeon elder Speck Lee Tailfeather has been elected by his peers to reveal to human beings the truth about pigeons' finer sensibilities. It is already a little known fact that pigeons are amongst some of the most intelligent creatures in the world. However, Speck plans to divulge more. Namely that - far from the perceived pests who plague our buildings - pigeons are in fact great admirers and aficionados of architecture. It is of course for this reason that they can be found in great numbers around the most beautiful and significant buildings in the world.