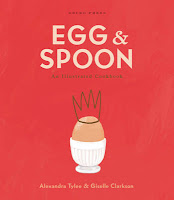 Egg & Spoon by Alexandra Tylee & Gisella Clarkson         $40
Egg and Spoon is a beautiful illustrated cookbook for children—and adults—that celebrates imagination, confidence and the fun of cooking. A scrumptious collection for anyone who loves good healthy food— and an occasional indulgence. Here are after-school snacks, breakfast on a stick, cakes, slices and dinners. Egg and Spoon is for children learning to cook independently and families to enjoy cooking together. Much of the food is naturally gluten-free or vegan.

Dead Girls by Selva Almada (translated by Annie McDermott)         $34
In this brutal, gripping novel, Selva Almada narrates the case of three small-town teenage girls murdered in the 1980's in the interior of Argentina. Three deaths without culprits: 19-year old Andrea Danne, stabbed in her own bed; 15-year old María Luisa Quevedo, raped, strangled, and dumped in wasteland; and 20-year old Sarita Mundín, whose disfigured body was found on a river bank. Almada takes these and other tales of abused women to weave together a dry, straightforward portrait of gender violence that surpasses national borders and speaks to readers' consciousness all over the world. From the author of The Wind That Lays Waste.
>>Read an excerpt.
>>On the other side of the door that leads to Hell.
>>How long will we remain silent?

Bus Stops on the Moon: Red Mole days, 1974—1980 by Martin Edmond          $40
Formed in 1974, Red Mole performed Dadaesque cabaret, agit-prop, costume drama, street theatre, circus and puppetry, live music, and became a national sensation. They toured the country with Split Enz and travelled internationally. One of Red Mole's five founding principles was 'to escape programmed behaviour by remaining erratic'. Edmond's insightful and well-written memoir of his time with the troupe captures both the times and the urgency for change that ran through them like an electric current.
>>Red Mole on the Road.

Endless Yet Never by Martin Edmond         $25
There is something about the way Colin McCahon’s life and work intertwine that resists interpretation. He always insisted it was the work that was important, not the life; while at the same time maintaining that the work was autobiographical. He also said that all art is about death: biography, too, seeks to describe the shape of a life which is over. Edmond sets out the primary facts of McCahon's life in chronological order, relates those facts to the work he did, and suggests what his influences, his preoccupations and his ambitions at any given time might have been.
>>Edmond will be speaking on McCahon at The Stuter on Thursday 22 October.
>>Other books on Colin McCahon.

The Lost Writings by Franz Kafka (translated by Michael Hofmann, edited by Reiner Stach)         $40
"Franz Kafka is the master of the literary fragment. In no other European author does the proportion of completed and published works loom quite so small in the overall mass of his papers, which consist largely of broken-off beginnings." —Reiner Stach
This volume contains overlooked stories unearthed by Stach in his preparation of the monumental 3-volume biography of Kafka.
>>Lost is not lost.
>>Is That Kafka?

Mantel Pieces by Hilary Mantel         $45
Thirty years of incisive essays from the London Review of Books, including 'Royal Bodies', 'In Bed with Madonna', and ruminations on Jane Boleyn, Robespierre, the murder of James Bulger, Britain's last witch, the Hair Shirt Sisterhood, and numerous other historical, political and social matters. Compelling.

Coffeeland; A history by Augustine Sedgewick            $55
The word 'coffee' is one of the most widespread on the planet. Augustine Sedgewick tells the hidden and surprising story of how this came to be, tracing coffee's 400-year transformation from an obscure Ottoman custom into an everyday necessity.

Pizza Girl by Jean Kyoung Frazier        $32
Eighteen years old, pregnant, and working as a pizza delivery girl, our dysfunctional heroine is deeply lost and in complete denial about it all. She's grieving the death of her father, avoiding her loving boyfriend, and ignoring her future. Her world is further upended when she becomes obsessed with Jenny, a stay-at-home mother new to the neighbourhood, who comes to depend on weekly deliveries of pickle-covered pizzas for her son's happiness. As one woman looks toward motherhood and the other toward middle age, the relationship between the two begins to blur in strange, complicated, and ultimately heartbreaking ways.
"Great inventiveness, unfailing intelligence and empathy, and best of all a rare and shimmering wit." —Richard Ford

The Kiosk by Anete Melece           $30
For years, the kiosk has been Olga's life, but she dreams of distant places. One day a chance occurrence sets her on an unexpected journey. Absurd and heart-lifting, this is a picture book about being stuck and finding a way to get free.
>>How to travel.

Dangerous Men by Michal Dukatis           $27
An old cowboy stares into the eyes of his dead wife and remembers a time before he knew her; a photojournalist and his terminally ill wife enjoy one last night together under the hunter's moon; a family wait for their son to return home from the civil war in Bosnia; and a dying man takes violent revenge against the people who ruined his life.

Into the Tangled Bank: How we are in nature by Lev Parikian        $35
Lev Parikian embarks on a journey to explore the many ways that he, and we, experience the natural world. Starting in his own garden plot, he gradually moves outwards to local patch, wildlife reserve, craggy coastline and as far afield as the dark hills of Skye.

Comida Mexicana: Snacks, tacos, tortas, tamales and desserts by Rosa Cienfuegos     $55
An exciting tour of the street food of Mexico. 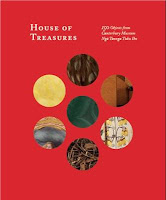 House of Treasures: 150 objects from Canterbury Museum Nga Taonga Tuku Iho         $70
Beautifully designed and produced, this book captures all the wonder of the collections in book form.

The Time of Our Lives: Growing older well by Robert Dessaix         $35
Reflecting on time, religion, painting, dancing and even grandchildren, Dessaix takes us on an enlivening journey across the landscape of growing older. Riffing on writers and thinkers from Plato to Eva Hoffman, he emphasises the importance of a rich inner life. 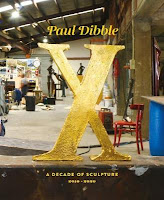 Paul Dibble: A decade of sculpture by Fran Dibble       $70
Between 2010 and 2020, human figures and native New Zealand flora and fauna have been among Dibble's oft-revisited subjects, his work refining these figures to their simplest forms. 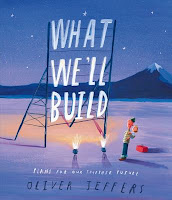 What We'll Build: Plans to build our together future by Oliver Jeffers         $30
A father and daughter set about laying the foundations for their life together. Using their own special tools, they get to work; building memories to cherish, a home to keep them safe and love to keep them warm. We all need to build a together future.
A companion volume of sorts to Here We Are.

The Forgotten Wars: Why the Musket Wars matter today by Ron Crosby        $40
Crosby has reworked his book The Musket Wars into a popular format, and emphasised how the period of territorial fluidity and imbalance that followed the introduction of firearms (2806—1845) has its legacy in many issues today.

Down South by Bruce Ansley           $50
From Curio Bay to Golden Bay, who could be a better companion on a road trip of the South Island than Bruce Ansley? 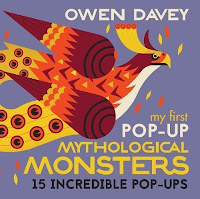