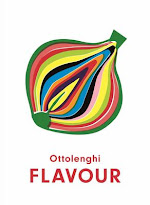 FLAVOUR by Yotam Ottolenghi and Ixta Belfrage          $60
Flavour-forward, vegetable-based recipes are at the heart of Yotam Ottolenghi's food. In this stunning new cookbook Ottolenghi and co-writer Ixta Belfrage break down the three factors that create flavour and offer innovative vegetable dishes that deliver brand-new ingredient combinations to excite and inspire. FLAVOUR combines simple recipes for weeknights, low effort-high impact dishes, and standout meals for the relaxed cook. The book is presented in three parts, which reveal how to tap into the potential of ordinary vegetables to create extraordinary food: Process explains cooking methods that elevate vegetables to great heights; Pairing identifies four basic pairings that are fundamental to great flavour; Produce offers impactful vegetables that do the work for you. With 100 wonderful and beautifully photographed recipes, such as Aubergine Dumplings alla Parmigiana, Hasselback Beetroot with Lime Leaf Butter, Miso Butter Onions, Spicy Mushroom Lasagne and Romano Pepper Schnitzel, this book will immediately become one of the most frequently used on your kitchen bookshelf.

The Girl from Revolution Road by Ghazaleh Golbakhsh      $37
A young first-generation Iranian immigrant in New Zealand speaks powerfully of displacement, being different and living between two worlds. Based on Ghazaleh Golbakhsh's experience as an Iranian immigrant growing up in New Zealand, these essays range from a childhood in war-torn Iran, including the trauma of a night spent in prison as a six-year-old, to learning English so she could make friends, to dating in the days of Corona.

Migrants by Issa Watanabe           $30
The migrants must leave the forest. Borders are crossed, sacrifices made, loved ones are lost. It takes such courage to reach the end. At last the journey is over and the migrants arrive. This is the new place. A beautiful picture book with an important message.

Strange Flowers by Donal Ryan          $35
A new novel from the celebrated author of From a Low and Quiet Sea. In 1973, twenty-year-old Moll Gladney takes a morning bus from her rural home and disappears. Bewildered and distraught, Paddy and Kit must confront an unbearable prospect- that they will never see their daughter again. Five years later, Moll returns. What - and who - she brings with her will change the course of her family's life forever.
"A gorgeously wrought book – compassionate without dissolving into nostalgia." —Guardian

Match these Bones: A dinosaur memory game      $30
Match the skeletons with the dinosaurs and learn all about who they were and how they lived.

K. by Roberto Calasso          $26
What are Kafka's stories about? Are they dreams? Allegories? Symbols? Things that happen every day? But where and when? In this remarkable book, Roberto Calasso sets out not to dispel the mystery but to let it be illuminated by its own light. With his unique vision, imagination, and intellectual acumen, Calasso attempts to enter the flow, the tortuous movement, the physiology of the stories to discover what they are meant to signify and to delve into the most basic question: Who is K.?
>>Call me Claude.

I Am the Universe by Vasanti Unka           $25
The universe is very big and, although we are comparatively very small, we have a place in it. Vasanti Unka lives in Auckland, New Zealand, the Earth, the Solar System, the Galaxy, the Milky Way, the Universe.

Hope in Hell: A decade to confront the climate emergency by Jonathon Porritt        $33
"Brave and unflinching in setting out the reality of the hell towards which we're headed, but even more urgent, passionate and compelling about the grounds for hope if we change course fast enough, Hope in Hell is a powerful call to arms from one of Britain's most eloquent and trusted campaigners." —Caroline Lucas

Here is the Beehive by Sarah Crossan          $33
Ana and Connor have been having an affair for three years. In hotel rooms and coffee shops, swiftly deleted texts and briefly snatched weekends, they have built a world with none but the two of them in it. But then the unimaginable happens, and Ana finds herself alone, trapped inside her secret. How can we lose someone the world never knew was ours? How do we grieve for something no one else can ever find out? In her desperate bid for answers, Ana seeks out the shadowy figure who has always stood just beyond her reach – Connor's wife Rebecca.
"Truly remarkable." —Irish Times
"Highly original and vibrant." —Guardian

When Darkness Stays: Hōhepa Kereopa and a Tūhoe oral history by Paul Moon         $30
This book – unsettling, harrowing, and ultimately redemptive – is based on the time the author spent with the Tūhoe tohunga, Hōhepa Kereopa. It plunges into a cultural landscape that has almost vanished, bringing to light insights that are enriching and sometimes shocking. The book includes an oral history that has never appeared in print until now, and which reveals one of the most tragic and distressing events in the country's colonial era.

This
Pākehā
Life: An unsettled memoir by Alison Jones         $40
"This book is about my making sense here, of my becoming and being Pākehā. Every Pākehā becomes a Pākehā in their own way, finding her or his own meaning for that Māori word. This is the story of what it means to me. I have written this book for Pākehā — and other New Zealanders — curious about their sense of identity and about the ambivalences we Pākehā often experience in our relationships with Māori."

Spoon-Fed: Why almost everything we've been told about food is wrong by Tim Spector        $37
Is salt really bad for you? Is fish good for you? What about coffee, red meat, or saturated fats? Can pregnant women rely on their doctor's advice about what to eat? Does gluten-free food carry any health benefits at all? Spector examines the science behind our deep-seated ideas about food.

The Standardisation of Demoralisation Procedures by Jennifer Hofmann         $38
It is November 9th 1989 in East Berlin, the day the Berlin Wall will fall. Bernd Zeiger, a Stasi agent whose manual on the demoralisation of political opponents once made him renowned is now in the fading twilight of his career. Just as things start to slip, connections from decades ago start to resurface, connections involving a physicist sent to America to spy on paranormal research. Crazed.

All's Happy That Ends Happy by Rose Lagercrantz and Eva Eriksson       $20
The final book in this much-loved chapter book series that celebrates Dani's special ability to be happy and make others happy too. It is a little sad that this is the final book about Dani and Ella's friendship. The road between them has become longer and longer. They almost never meet. Will their friendship survive the distance?
>>Have you read all the other Dani books?