Mordew by Alex Pheby         $38
God is dead, his corpse hidden in the catacombs beneath Mordew. In the slums of the sea-battered city a young boy called Nathan Treeves lives with his parents, eking out a meagre existence by picking treasures from the Living Mud and the half-formed, short-lived creatures it spawns. Until one day his desperate mother sells him to the mysterious Master of Mordew. The Master derives his magical power from feeding on the corpse of God. But Nathan, despite his fear and lowly station, has his own strength - and it is greater than the Master has ever known. Great enough to destroy everything the Master has built. One of the most fascinating books published this year. A book unlike any other.
"Mordew is a darkly brilliant novel, extraordinary, absorbing and dream-haunting. That it succeeds as well as it does speaks to Pheby’s determination not to passively inhabit his Gormenghastly idiom but instead to lead it to its most extreme iteration, to force inventiveness and grotesqueness into every crevice of his work." —Guardian
>>Read an extract.

In the Time of the Manaroans by Miro Bilbrough       $40
In 1978, when Miro Bilbrough was fourteen she was sent to live with her father living by "alternative lifestyle" back-to-the-land principles (and poverty) near Canvastown. Their house is a stopping point for the Manaroans travelling to and from their remote Marlborough commune.
"A lost world of hippies and drifters breaks into gleaming life. Miro Bilbrough trains a poet's tender, unsparing gaze on growing up female in the anything-goes 1970s. In the Time of the Manaroans lucidly portrays the visions and limits of the counter-culture, as well as all the fearful ecstasy of being young." —Michelle de Kretser
>>Read an extract.
>>Miro's childhood reading.

Bug Week by Airini Beautrais              $30
A scalpel-sharp short story collection: A science educator in domestic chaos fetishises Scandinavian furniture and champagne flutes. A group of white-collar deadbeats attend a swinger's party in the era of drunk Muldoon. A pervasive smell seeps through the walls of a German housing block. A seabird performs at an open-mic night.
>>Read an extract.
>>'Bug Day' [unrelated].

Love and Other Thought Experiments by Sophie Ward           $28
Rachel and Eliza are hoping to have a baby. The couple spend many happy evenings together planning for the future. One night Rachel wakes up screaming and tells Eliza that an ant has crawled into her eye and is stuck there. She knows it sounds mad — but she also knows it’s true. As a scientist, Eliza won’t take Rachel’s fear seriously and they have a bitter fight. Suddenly their entire relationship is called into question. Told in ten interconnecting but self-contained chapters – each from a different character’s perspective – this novel is inspired by some of the best-known thought experiments in philosophy, particularly philosophy of mind.
>>Long-listed for the 2020 Booker Prize.

What Comes After Farce? by Hal Foster           $33
If farce follows tragedy, what follows farce? Where does the double predicament of a post-truth and post-shame politics leave artists and critics on the Left? How to demystify a hegemonic order that dismisses its own contradictions? How to belittle a political elite that cannot be embarrassed, or to mock party leaders who thrive on the absurd? How to out-dada President Ubu? And, in any event, why add outrage to a media economy that thrives on the same? Where now for art?

The Golden Maze: A biography of Prague by Richard Fidler         $45
Witnessing the Velvet Revolution in 1989 got Fidler hooked on Prague, and, in this book he presents the history and importance of the city—from the Dark Ages to the present— in an enjoyable and digressive way.

Splash! 10,000 years of swimming by Howard Means         $33
From the first evidence of bodily immersion to the modern Olympics. A very readable history.

Stamped: Racism, antiracism and you by Jason Reynolds and Ibram X. Kendi      $30
The construct of race has always been used to gain and keep power, to create dynamics that separate and silence. This reimagining of Dr. Ibram X. Kendi's Stamped from the Beginning reveals the history of racist ideas in America, and inspires hope for an antiracist future. 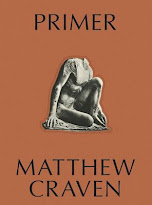 Circles and Squares: The lives and art of the Hampstead Modernists by Caroline Maclean       $55
The love affair between Barbara Hepworth and Ben Nicholson created a centre of gravity which soon drew the likes of Henry Moore, Paul Nash, Herbert Read, Walter Gropius, and Piet Mondrian into its orbit.

Palestine: A four thousand year history by Nur Masalha            $38
Starting with the earliest references in Egyptian and Assyrian texts, and drawing on the latest archaeological evidence and other sources, Masalha explores how Palestine and its Palestinian identity have evolved over thousands of years, from the Bronze Age to the present day.

Tiger, Tiger, Burning Bright edited by Fiona Waters           $55
An animal poem for every day of the year, beautifully illustrated by Britta Teckentrup.

Soviet Signs and Street Relics by Jason Guilbeau        $55
From remote rural roadsides to densely populated cities, the photographs (taken from Google Street View) reveal traces of history in plain sight: a Brutalist hammer and sickle stands in a remote field; a jet fighter is anchored to the ground by its concrete exhaust plume; a skeletal tractor sits on a cast-iron platform; an village sign resembles a Constructivist sculpture. Astonishing.

Deacon King Kong by James McBride       $37
The year is 1969, and Sportcoat is the hard-drinking deacon of an old church in the Cause Houses projects in south Brooklyn. Sportcoat, also known as Deacon Cuffy, lost his wife a while ago, and his life has been on a downward spiral since. He argues with her ghost almost constantly and is obsessed with the money from the Christmas Club, which was in a secret place she didn't tell anyone about before dying. One day, drunk and angry, Sportcoat saunters into the Cause Houses courtyard, takes a rusty .38 from his pocket, and shoots Deems, the project's chief drug dealer. Deems dodges at the last second and the bullet merely rips his ear off, but the consequences of Sportcoat's actions go above and beyond a damaged ear and a trip to the hospital.
"A feverish love letter to New York City, people, and writing. The prose is relentless and McBride's storytelling skills shine as he drags readers at breakneck speed trough a plethora of lives, times, events, and conversations. The novel is 370 pages, but McBride has packed enough in there for a dozen novellas, and reading them all mashed together is a pleasure." —NPR

Upriver: From the sea to the Southern Alps by Carl Heinz           $50
Heinz travels up each of 24 rivers that flow from either side of the Southern Alps, introducing us to the both the natural and historical catchments of the mosaic of back-country areas that make up the South Island.

The Deficit Myth: Modern monetary theory and how to build a better economy by Stephanie Kelton          $38
Kelton shows that deficit and government debt are not the bugbears politicians often make hem out to be, but in fact tools to stimulate the economy as well as create a fairer and more prosperous society.
>>Max Harris on the issue of government debt in New Zealand.

A Field Guide to Punk by Steve Wide         $35
How do we place the punk movement in the context of the wider zeitgeist of the time?
>>The Enemy live.